Using porous nanomaterials shifts the catalytic yield of hydroformylation towards wanted end products, as the reaction will be altered within the pores of the material.

Most commercial products – some estimate 90% of all products – are made possible by catalysts at some point in the value chain. Optimising catalytic processes is thus of great importance to a wide range of industries. 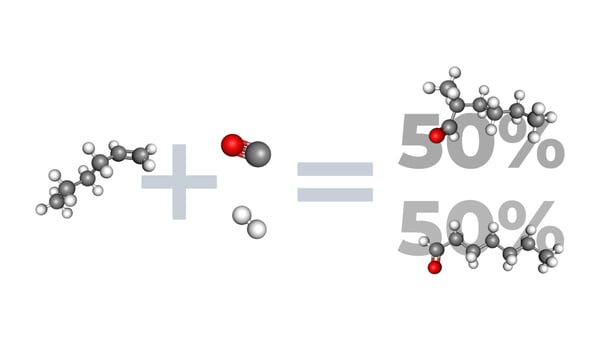 As linear aldehydes are commonly used as raw material for many products, the hydroformylation of olefins to linear aldehydes is already optimised.The group of researchers originally wanted to further improve the hydroformylation of linear aldehydes, but the results of their experiments made them think again. “When we started running experiments, we discovered that MOFs can be added to the reaction mixture and be selective to the branched product”, Marco Ranocchiari, Laboratory for Catalysis and Sustainable Chemistry at the PSI Switzerland, explains.  Even though branched aldehydes are not as demanded, their production is rather difficult due to complex catalysts. The research group has thus explored these counterintuitive results as they further state.

“The porous structure can be seen as nano-reactor vessels, in which conditions are given that are otherwise almost impossible to reach” Gerald Bauer, author of the study and CTO of novoMOF, explains. Externally, the catalysis is heterogeneous as the MOF is in solid state. However, the catalytic process takes place within the MOF pores and is basically homogeneous. Using metal-organic frameworks in the catalysis followed a seemingly simple idea – controlling the spatial arrangement of the molecules by confining them in the nano-reactors and thus creating the right reaction conditions.

By adsorbing the reactant molecules onto its surface, the MOF seems to alter the catalysis – similarly to the adsorption-enhanced selectivity of zeolites. Just like in gas storage in MOFs, the molecules are as closely packed as if we compressed them at 400 bar. Additionally, the MOF pores decrease the concentration of CO and H2 around the olefins and thus create the perfect condition for the reaction. 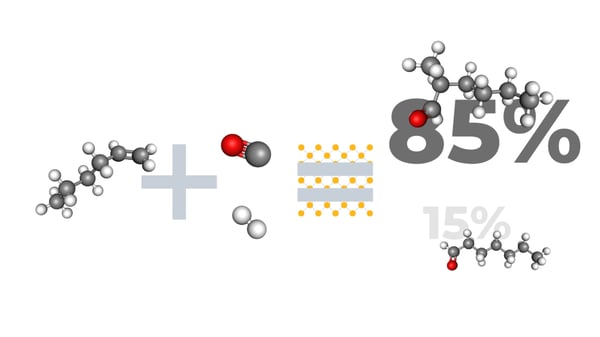 The catalysis shifted from ~50% linear / 50% branched aldehydes to a ~15%/85% ratio – a significantly higher selectivity than in other heterogeneous catalysts used in the experiment. The researchers used several MOFs for their experiments and later validated the results with computational methods – and the zinc MOF-74 showed the best results.

Gerald Bauer sees many applications of this approach for other catalytic processes. “Using such a ‘zwitter approach’ – homogeneous catalysts in a heterogeneous catalysis – can improve specialised formulation in the chemical and pharmaceutical industry”. By understanding the reaction – in this case the hydroformylation of olefins – the MOF material can change reactivity and selectivity of the catalyst. In the future, existing catalytic processes can be re-evaluated to improve the results by simply adding metal-organic frameworks.

The original article was published in Nature Communications: