Climate change has a significant impact on the chemical industry in several ways amid international policies for reducing the use of oil derivatives. Oil refining is used for fuel production and is one of the main processes for manufacturing chemicals such as paints, plastics, pesticides, and others. The production of fuels for transportation accounts for at least 50% of the market share of refineries. The utilization of fuels is predicted to plateau due to the introduction of electric vehicles and the increase in renewable energy generation. The margins of oil refineries will be compromised with the reduction in fossil fuel utilization, which would require the manufacturing of chemicals to a shift towards renewable feedstock. Which raises the question, are we prepared for the change to renewable feedstocks within chemical manufacturing? 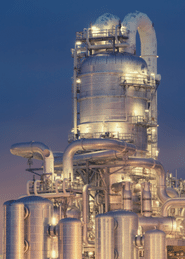 Petrochemical production is a multistep process that involves separations based on the boiling point of each compound. Petrochemical products are categorized according to their chemical structure and include olefin derivatives, aromatic derivatives, and synthesis gas (syngas). Examples of olefin derivatives include ethylene and propylene, which produce industrial chemicals and plastics such as polypropylene. Aromatic derivatives such as benzene, toluene, and xylene are used to manufacture detergents, polyurethanes, plastic, and synthetic fibers. Syngas composed of carbon monoxide and hydrogen is used to produce ammonia and methanol, which are later used to make other chemicals.

The shift to renewable feedstocks

For the past several decades, the development of alternative chemical production technologies from natural sources has been investigated. The production of chemicals from natural feedstocks includes the transformation of biomaterials such as lignocellulosic biomass and sugars. Such reactions must be carried out in a so-called integrated biorefinery where fuels and other fine chemicals can be produced. 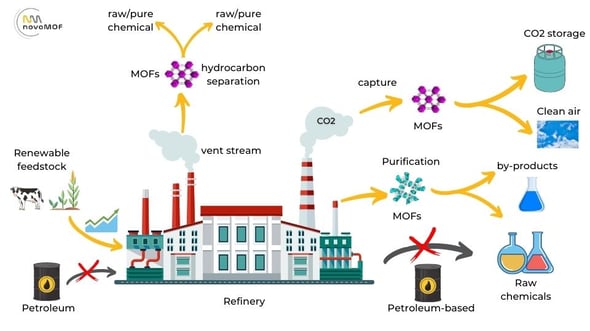 As feedstocks are changed, processes within biorefineries and new production methods will yield different output products than typical processes. Therefore, novel mixtures are/will be introduced that downstream technologies are unfamiliar with and cannot handle directly. New separation/purification solutions need to be implemented in response to this challenge as existing technologies fail under the new conditions. MOFs have been demonstrated to have a promising performance even in the most challenging separation processes, such as olefin/paraffin separation. Every refinery – even biorefineries – will emit exhaust gases and pollutants that could be captured more efficiently with MOFs.

Up to this date, the major challenge for chemical transformation from renewable feedstock is the optimization of catalytic processes. A considerable quantity of novel catalysts has been raised in the last decades. Among the most exciting materials, we find zeolites with outstanding chemical stability. More recently, hybrid materials such as Metal-Organic Frameworks (MOFs) have shown promising results as a catalyst in different applications for the obtention of fine value-added chemicals. Like zeolites, MOFs can be used for various applications such as gas storage, gas separation, and even energy storage. In the upcoming years, exceptional attention must be paid to developing new materials since they are critical for improving processes efficiencies, especially catalyzed reactions. 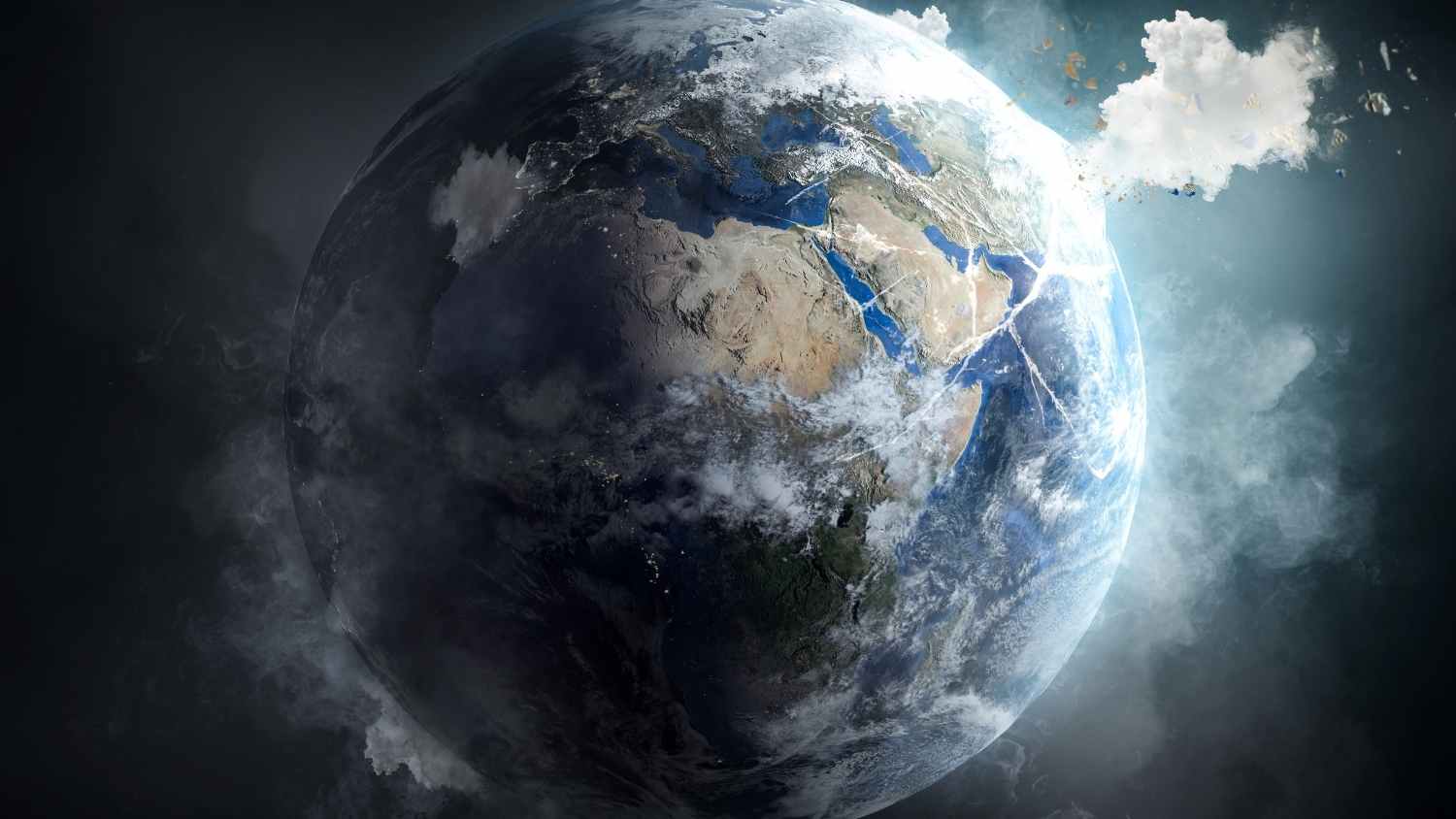 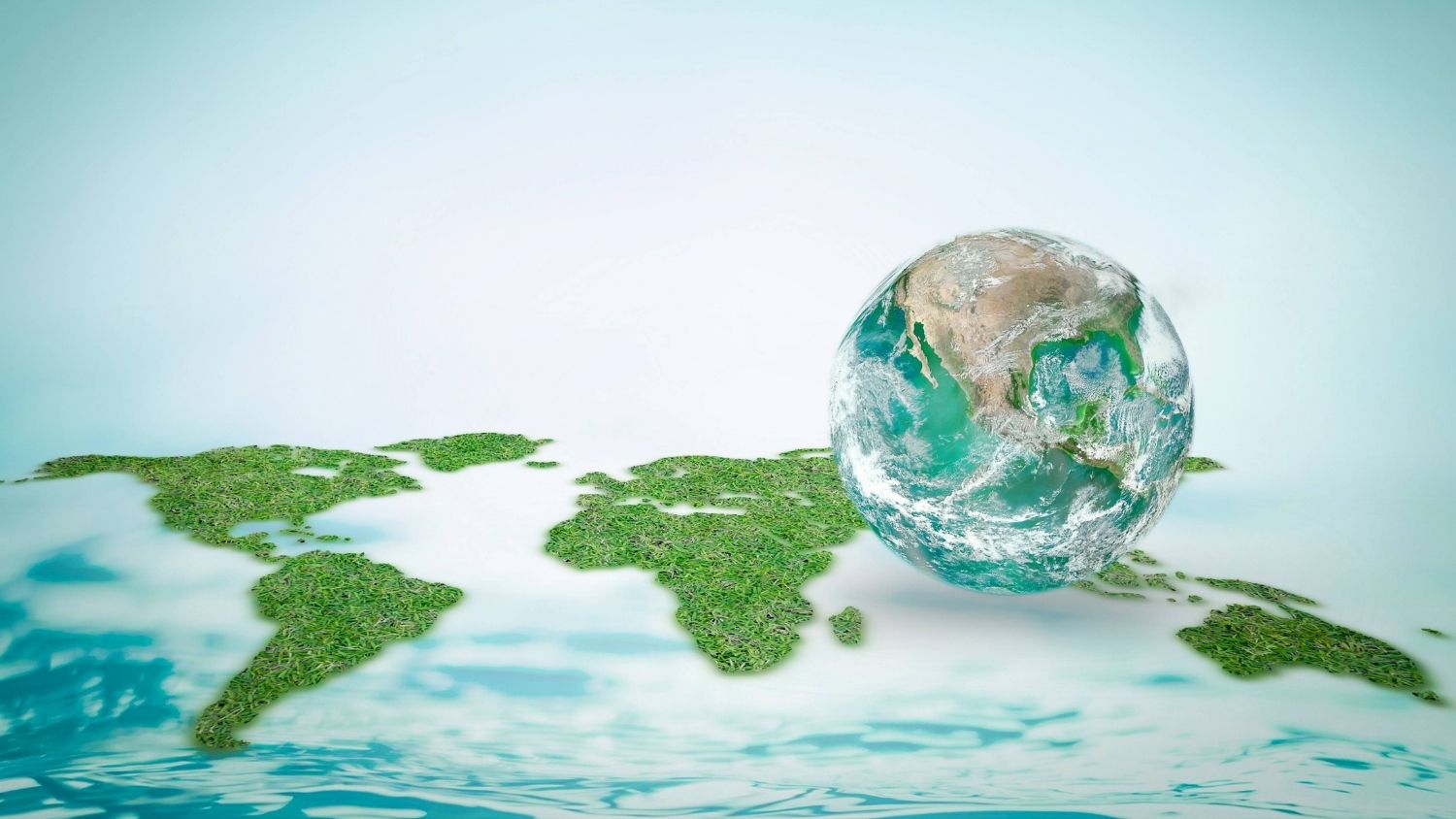