Solar cells are considered one of the most promising technologies for energy harvesting direct from sunlight aiming to replace fossil fuels. However, they still need improvement in efficiency and stability. Current materials used for the fabrication of photovoltaic cells suffer from instability for long operation periods. To overcome this issue new materials have been investigated. Recently, Metal-Organic Frameworks (MOFs) have raised as promising materials to enhance the performance and stability of solar cells.

MOFs and MOF-derived materials have been used for energy storage and conversion technology due to their electrocatalytic and photocatalytic properties. This family of materials consisting of metal nodes linked by organic molecules offer advantages for a facile and tunable synthesis and allowing post-synthesis modification. Most MOFs are known to be dielectric materials, however, advances in its fabrication have achieved the obtention of conductive materials increasing its application in energy conversion technologies.

You might want to take a look at our summary of opportunities for MOFs in electronic devices!

Usually, DSSCs consist of a photoanode, a counter electrode (CE), and a redox electrolyte. By choosing the metal type, controlling the metal cluster size and organic ligand, the electronic and light absorption properties of MOFs materials can be adjusted allowing its application as either of the three components in DSSCs.

This electrode is composed of a porous semiconductive metal oxide (usually TiO2) deposited on a transparent conductive substrate. This metal oxide thin film is sensitized with a photosensitizing dye which is responsible for the absorption of the photons. The role of MOF/MOF derived materials in photoanodes has been reported as a photosensitizer, semiconducting dye adsorbent, and scattering layer. For instance, when the MOF MIL-125 (Ti) is combined with MoS2, the resultant photoanode yield power conversion efficiencies up to 8.96% outperforming pure TiO2 which only reached 4.41%.

The CE is created by the deposition of a catalytic layer on a conducting substrate. This electrode catalyzes the reaction for the regeneration of the redox couple contained in the electrolyte. Platinum is the most used material for the fabrication of CEs, however, its high cost is the major drawback for large scale applications. Composites containing MOFs have been studied to replace platinum CE, for example, the carbonization of the MOF ZIF-8 under nitrogen atmosphere can be used to fabricate ZnO-nitrogen doped carbon (ZnO-NC) materials. This novel material showed an outstanding catalytic activity obtaining an efficiency of 9.16% which is about 20% greater than solar cells containing a platinum counter electrode.

The electrolyte solution contains a redox couple (usually I-/I3-) that reduces the dye molecule back to its ground state, thus regenerating the photoactive material. Electrolytes in DSSCs can utilize MOF material as additives to fabricate quasi-solid electrolytes to increase long term stability.

The prominent optoelectrical properties of perovskite materials have allowed an impressive performance of PVSCs obtaining power conversion efficiencies greater than 23%. However, the commercialization of this technology is held back due to the poor long-term stability of PVSCs. Perovskite materials are prone to degrade in the exposure to moisture, oxygen, heat, and light.

The common configurations of PVSCs are represented in the following figure:

MOFs can be used in perovskite solar cells mainly in three distinct places: 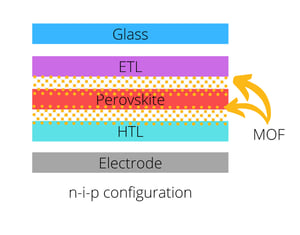 At the interlayer, MOF materials can have different effects, for instance, serve as a microporous scaffold regulating the growth of the perovskite layer, which improves the contact at the interface. Other effects include UV-filtering function, light scattering effect, and photochromic effects. When the MOF is used at the CTL, it facilitates the alignment at the interface as well as improving the quality of the layer. Overall, the implementation of MOFs in perovskite solar cells can enhance charge-extraction efficiency, inhibit the charge recombination, and improve layer quality resulting in increased device stability.

In a recent study, the implementation of nanocrystalline Ti-based Metal-Organic Framework (nTi-MOF) particles was explored for the fabrication of a flexible PVSC. The nTi-MOF layer was then coated by a PCBM layer providing a synergetic effect with nTi-MOF in the ETL. As a result, this material showed high efficiency of 18.94 %, which is the highest efficiency achieved in PVSCs using MOF materials. Besides, the device had better photostability compared to regular TiO2 and proved to retain most of its power conversion efficiency (17.43 %) after 700 bending cycles.

Advantages of MOF materials for photovoltaics

MOFs and MOF-based materials are a promising class of materials that can improve both the efficiency and stability of energy conversion devices such as organic-inorganic solar cells. They offer easy fabrication techniques along with tunable physical and chemical properties. The careful design of the frameworks allows us to tune properties for the specific functionality required. 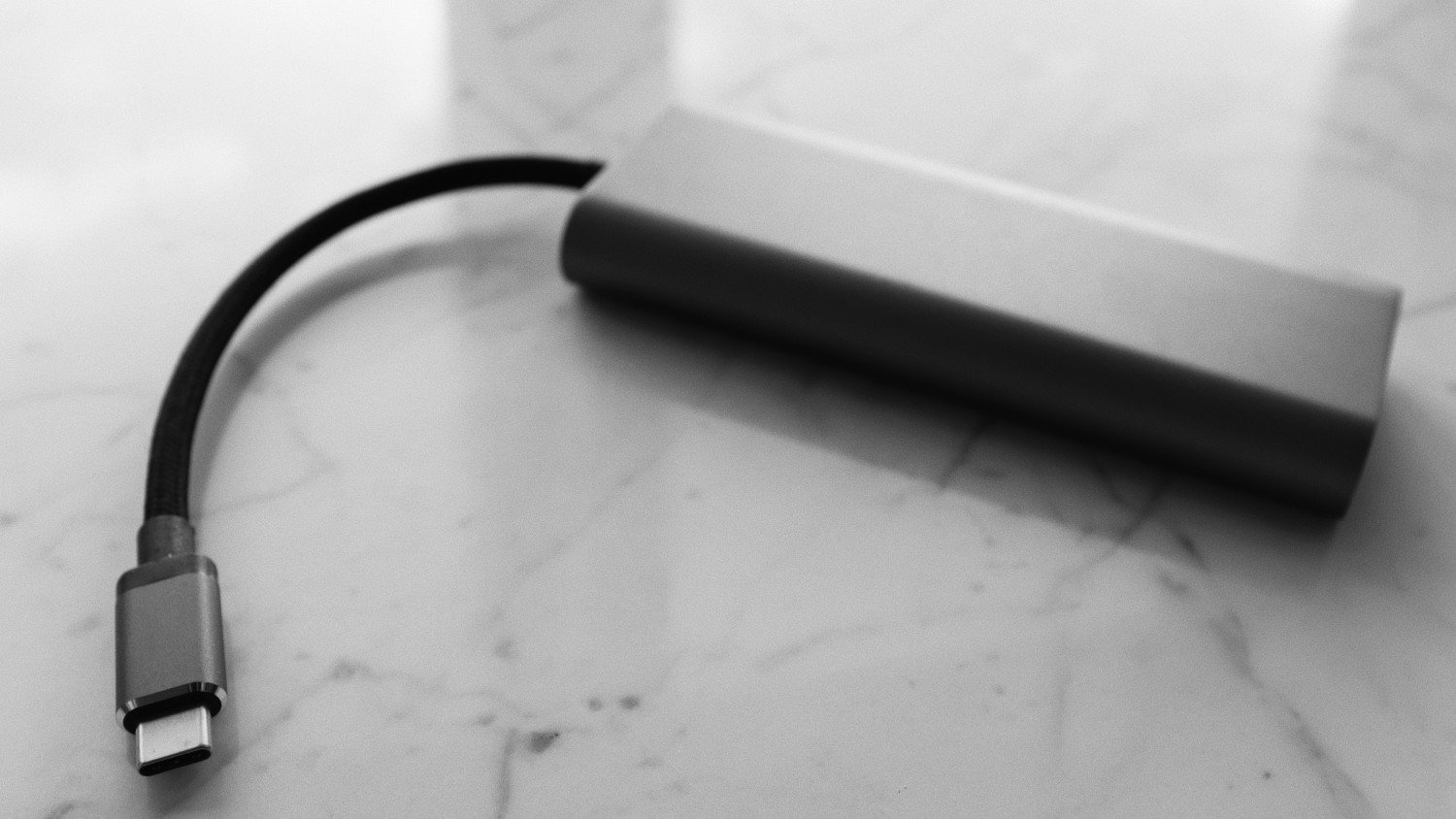 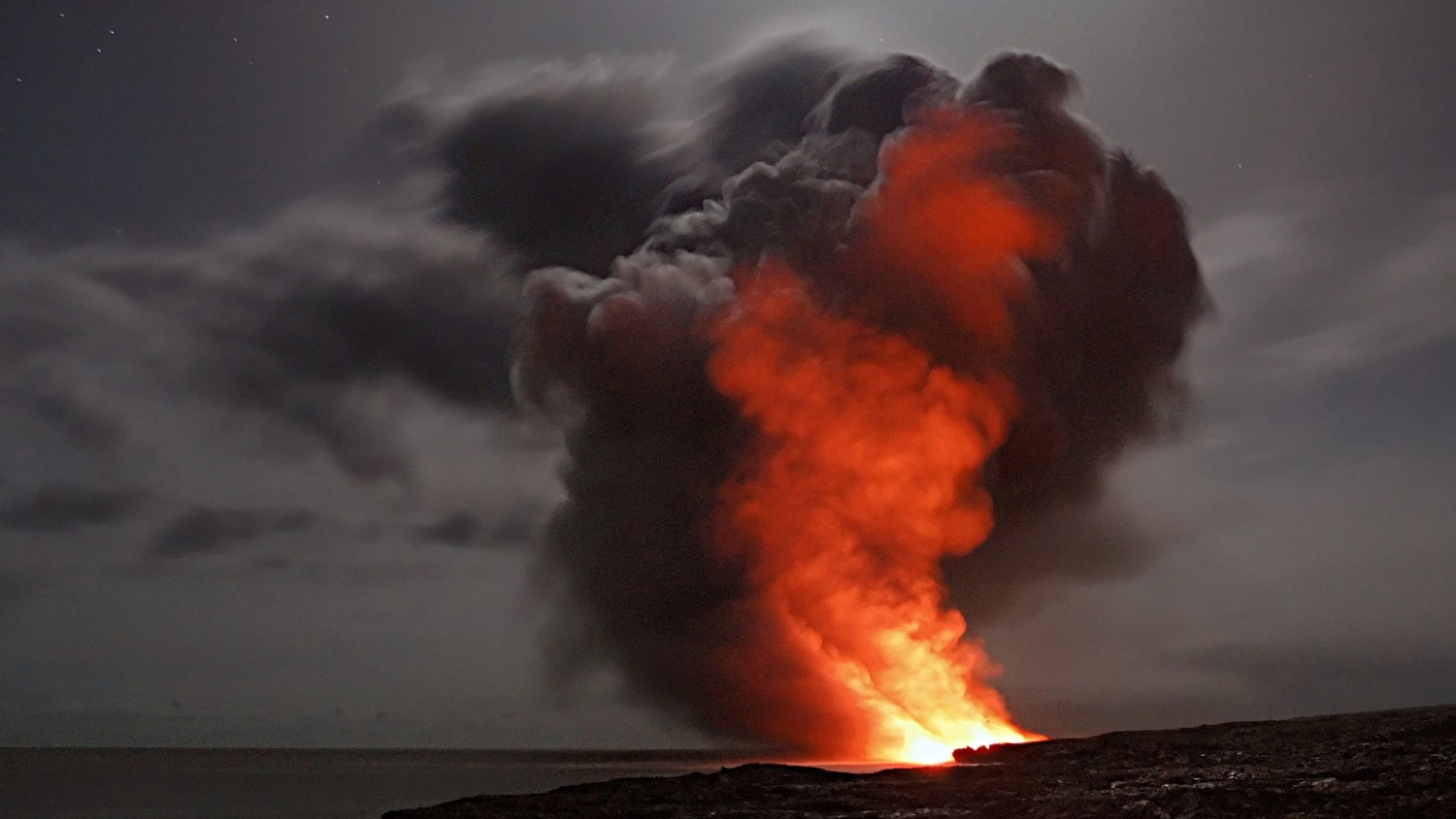 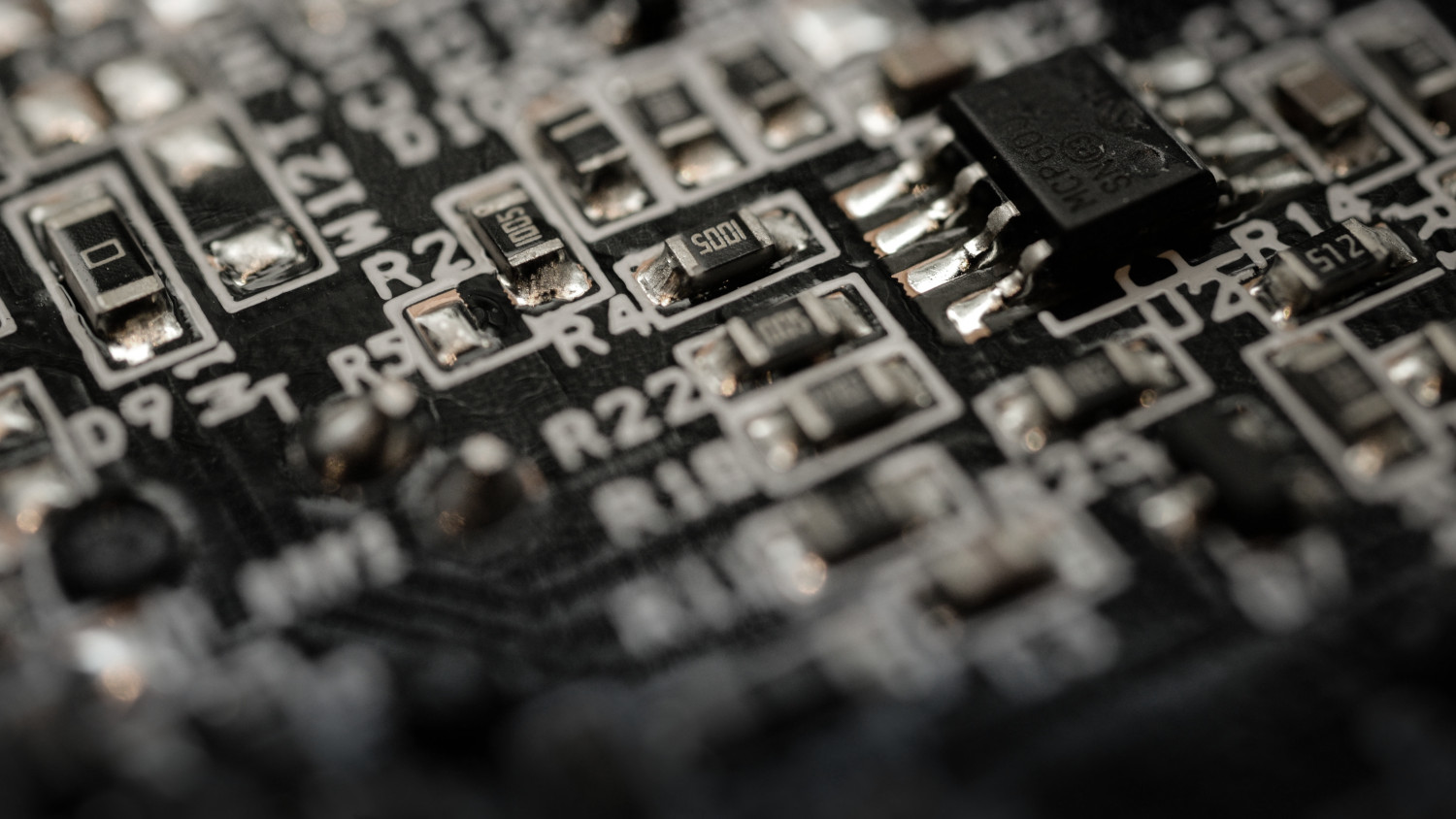 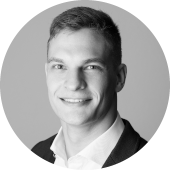